As voted for by Maddie and Dianne in my original post I am naming this post the “Get off your backside and do something” list. (GOYBADS ?!)

To save you having to read the original post, I decided that rather than have a New Year Resolution that I would not bother to keep, I would have a monthly To Do list and see how long that lasted.

I have to say, so far it has been pretty darn motivating. In the last week or so I have

However, I did notice that whilst I spent the hours choosing photos and arranging albums I did not get to play with the kids or relax with the husband over the weekend. Something has to give – it seems it is always a choice between work or play, prioritising one job over the over.

Now I have the day to myself I have another choice. Coursework or paying work, blogging or job hunting.

So I am adding something else to my January GOYBADS list – to start noting down the time I spend on different tasks in the day and see where my life is going.

How are you all getting on with your resolutions? Ready to join me and GOYBADS?

(Do you think it will catch on?)

In September I made a bucket list of resolutions. This is just a brief look back to see what I have achieved so far.

The dreaded diet – well, it’s ongoing. I am back on the Cambridge Diet and I am past the nasty 3 day mark. Even though the weight is not yet dropping off I already feel healthier and fitter. I read an interesting blog earlier which implied that a ketosis based diet was good for the brain as the energy the body was producing passed from blood stream to brain easier that energy produced from carbohydrates and sugars. (I have probably confused the science of it) I don’t know if tis is true or accurate but certainly I am more aware, more awake, on this diet.

If anyone knows whether this is scientifically correct, I would be interested to know more?

In addition, it is now 61 days since my last cigarette. Not a huge number, but I am pleased.

I am writing more and more and contributing to my blog. Whether it goes well or not is probably down to you, the reader, to decide. But I am writing and that was the aim.

Just a few more things to work on then before it’s time to think about New Year resolutions. If I choose to make any, that is.

September Resolutions – a phrase a friend used and I have shamelessly stolen! We all know what New Year Resolutions are. But did you know that there is another point in the year when we get the feeling it’s time to re-assess and make new promises to ourselves.

The summer is over – we have hopefully seen the sun, had BBQ’s, eaten pounds of overcooked meat smothered in sauces and wrapped in sesame covered buns, with a small side order of salad to keep in the vitamin quotient. We have sat out late into the warm, hazy evenings drinking wine and Pimm’s. We have excused the months of excess by stating that it’s the summer, it’s holiday season. And after all, we have been zealously dieting in preparation for this time ever since we made that resolution in the New Year!

September is here. The kids are returning to school and that feels like the start of a whole new season. There is a sense of order returning, back to routine and – for us parents – some relief. And as it is a new year in a sense, it’s time to make our September Resolutions.

So – on my list (the rough draft, to which I may yet add some)

1. Yes, it’s back on the diet, since a sneaky 8 pounds got back here since March and is just refusing to budge

3. Adding to my blog, at least weekly, if not more.

4. Getting down to the business of self-employment.

6. Going swimming with the kids at least once a fortnight.

Yes, it’s a little mundane. But right now, these are the priorities in my life. Maybe once I know I can finish the little things, I can tackle the big ambitions!

Any September Resolutions to share? Let me know what you want to finish, change or try out? 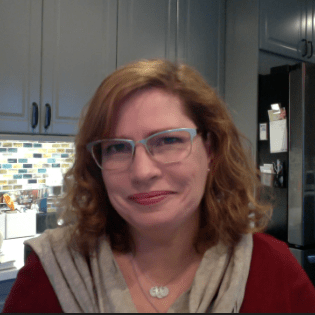